Migration Process in the Greater Middle East: Trends and Factors

The main factors that are expected to have the most influence over migration processes in the Greater Middle East region in 2022, which includes the countries of North Africa and the Middle East and is home to almost 10% of the world’s population, are as follows: armed conflicts and wars; deteriorating economic situation; climate change, including natural disasters and environmental degradation; aggravated problem of people’s access to food and drinkable water; fight for depleting natural resources in poor countries against the backdrop of growing local populations.

The majority of migrants will be moving within their countries of origin, as in previous years. At the same time, the number of international migrations is expected to rise, too. And it has to be noted that the share of labor migrants among them may shrink due to the Covid-19-related limitations, while the number of illegal migrants, looking for a safe place to live in, is expected to grow.

According to the UN, there were 281 million international migrants in the world in 2020, which makes up 3.6% of the world’s population. 61% of these migrants were welcomed by the countries of Europe and Asia. The US accounts for 21% of the migrants, Latin America and the Caribbean – 5%, Australia and Oceania – 3%. However, these are average figures for official migration and nobody knows what the situation with illegal migration looks like.

Based on the processes we are currently witnessing in the world, we can safely assume that 2022 will see new flows of EU-bound illegal migrants from African countries (mainly from the former British and French colonies), the Middle East (Syria, Iraq and Lebanon) and the Greater Middle East (basically, Afghanistan). Migrants are likely to continue using traditional migration corridors – from Africa via Libya and Tunisia; from the Middle East via Turkey and Greece, then one of the Western Balkan countries and Bulgaria to Romania. From there illegal migrants (mainly of Syrian, Iraqi or Afghani origin) are usually transported to Germany in heavy trucks after crossing its border with Austria or the Czech Republic. 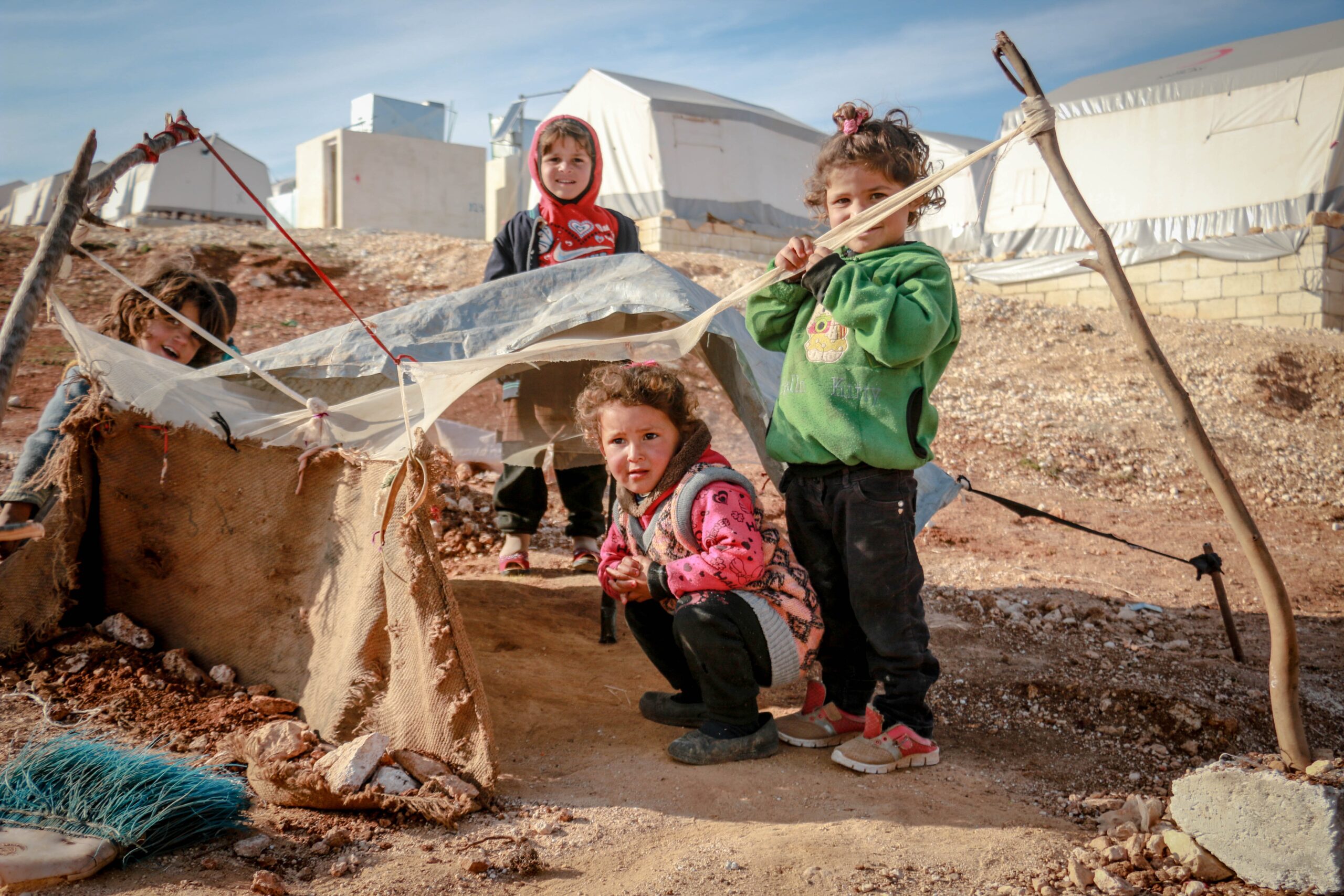 Bavarian police have reported that the most common route taken by the illegal migrants from Afghanistan detained in 2021 ran through Iran, to Turkey, then Greece, Serbia or Romania and finally into Germany. They claim they had paid from 5 to 7,000 euros to those who organized their transportation.

In 2021, large numbers of illegal migrants used the transportation route from Greece to North Macedonia to Kosovo to Serbia and finally reached Germany through Hungary, Romania and Croatia. There is also an alternative sea route from Albania to Italy.

Besides Tunisia and Libya, there is another migration corridor leading from Africa to Europe – through Morocco into Spain. It is used by West African migrants from the countries lying to the south of Sahara. Reports by Moroccan law enforcement agencies talk primarily of migrants coming from Nigeria, Mali, Kenya, Senegal, Guinea, Ghana, Gambia and Ivory Coast. All in all, representatives of over 40 nations attempted to get into Spain through Morocco over the last several years. And recently, citizens from several Asian nations – India, Pakistan and Bangladesh – were added to this list.

It is expected that in 2022 the activities conducted by Al-Qaeda and ISIS terrorist groups in the Sahara-Sahel region, as well as local criminal structures, will drive migration upwards, as the number of people seeking to escape violence in safe places is going to grow. Today, we have seen an increase in terrorist activity at least in 22 countries of the African continent at the hands of ISIS and other terrorist formations adhering to Al-Qaeda ideology.

The number of people willing to flee from the Arab countries of North Africa to Europe is not expected to go down. The unemployment rate among the young people living in Morocco, Algeria, Tunisia, Libya and Egypt is very high, reaching 60% in some of the countries. Many of these young people are desperate and, therefore, will most likely want to leave their homes in search of a better life.

The number of Syrian and Iraqi citizens willing to migrate to Europe is not likely to drop, either. In 2020, a severe drought accompanied by worsening economic situation and reactivation of ISIS sleeper cells in these countries increased the number of locals craving migration to one of the European states.

The route running through the CIS is less attractive to migrants, especially in view of the 2020 incidents at the Belarusian-Polish border and the attempts made by Russia’s law enforcement and border patrol officers to stem the flow of illegal migrants bound for the European Union and taking the so-called Northern migration corridor through the territory of Russia into Norway and Finland.

Previously, illegal migrants bound for Europe were mainly males aged 20 to 40, but today there are people of all ages, including many women and children. Quite often you can find entire households among those trying to escape to Europe – several generations of one family.

Illegal migration is closely controlled by transnational criminal groups. They not only offer to organize illegal migrants’ transportation to a specified country, using one of the established routes, they also provide them with accommodation, fake IDs and unlawful employment options.

As records show, fake documents are most often used by illegal migrants to travel by air; apply for a visa; obtain an entry and stay permit in a country of choice; and apply for legitimate issue of documents the applicant would not be able to get otherwise.

However, fake documents cost a lot of money and are not an option for most illegal migrants.

Incomes generated by organized crime groups through illegal migrant smuggling have a negative effect on the European economies. The money received from migrants is further invested in other areas of criminal activity to generate more income – drug trade, arms trade and black-market organ trade.

The transnational nature of immigration-related crime strongly warrants international cooperation on this track. It takes concerted efforts by many countries to prevent organized crime groups from using social media and the internet to recruit new members, communicate and promote their services, and also to destroy the financial networks allowing their criminal activities to run smoothly.

It is also advisable to revise the efficacy of multiple European structures and look into the practical value of commissioning private companies to help combat illegal migration. As records show, while benefiting from contracts with European structures for illegal migration counteraction (e.g. running migrant centers and camps, installing and servicing surveillance and tracking systems, constructing fences in border areas, collecting data and keeping data bases etc.), some of these companies are at the same time supplying weapons to the countries of North Africa and the Middle East, torn by armed conflicts and civil wars, which gives rise to new waves of illegal migration.

In modern world, migration cannot be stopped altogether. If people leave their homes, it’s always for a reason. But we can put a stop to activities triggering armed conflicts and wars, we can join our efforts to combat climate change and support one another in case of force-majeure circumstances, and then perhaps more people will be inclined to stay in their home countries.

But we should keep in mind that migration processes will continue to be fuelled by growing populations of North African and Middle Eastern countries. By expert estimations, around 600 million people will be living in this region by 2030. And in most countries at least 60% of the population will be comprised of young people in need of jobs. Given the current situation with the depletion of natural resources, primarily food and water, this will inevitably lead to new conflicts, and therefore, new waves of migrants looking for a safer place to live in. For most of them the preferred destinations will still be the countries of Europe and the Persian Gulf which need labour resources in order to develop.

Nikolai D. Plotnikov, head of the Institute of Oriental Studies’ Center for Scientific and Analytical Information, the Russian Academy of Sciences (RAS), Doctor of Political Sciences, professor of the School of World Politics at Lomonosov Moscow State University.