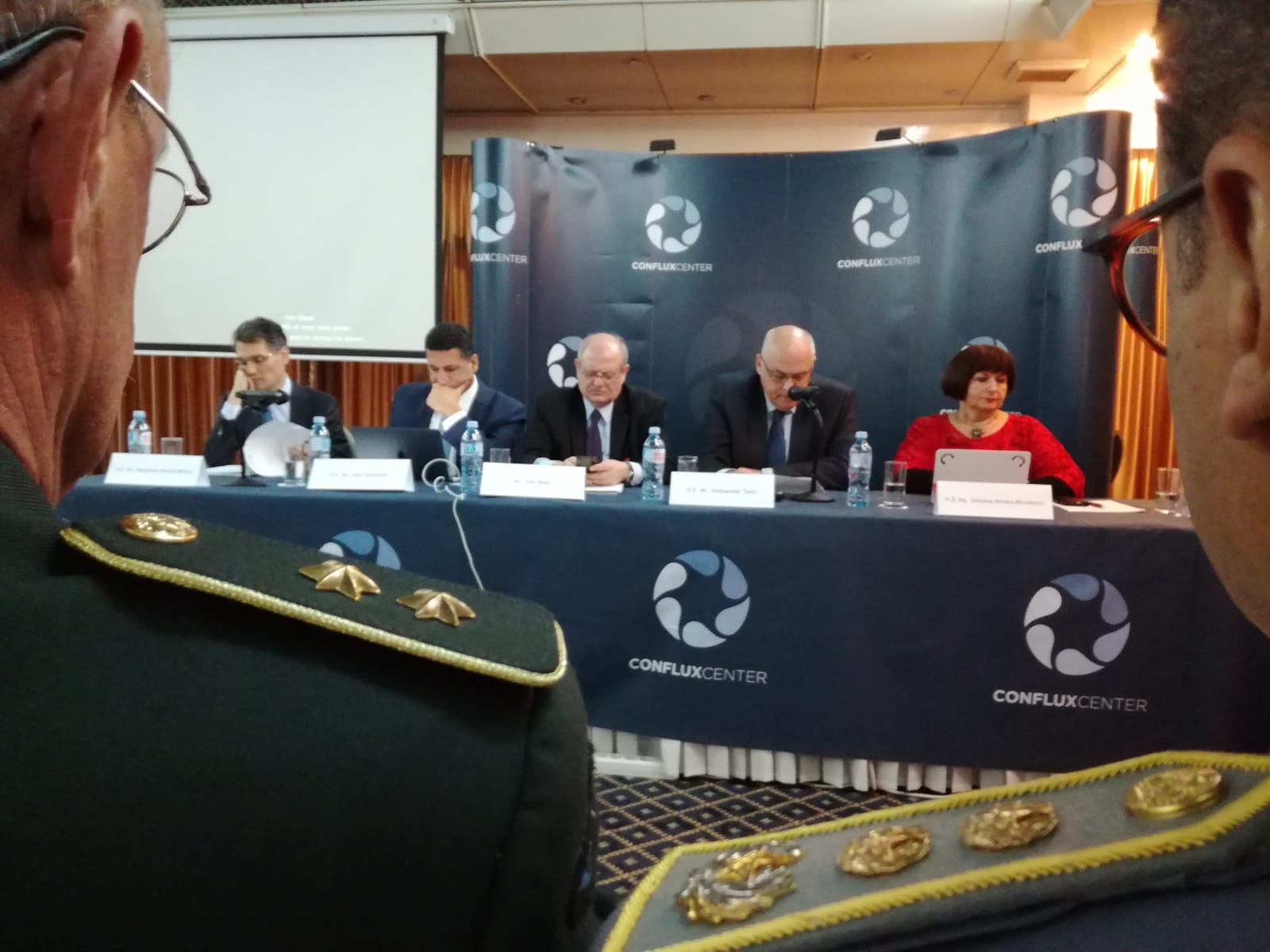 On the occasion of the month of Francophone in March 2019, and also celebrating the upgrade of Serbia’s associate (from observer), Conflux Center and the Embassy of Egypt in Belgrade have, in cooperation with the French Embassy, Embassy of Belgium and the Embassy of the Kingdon of Morocco have co-organized a seminar under the title of “Peacekeeping in Francophone Space”.

After the opening remarks made by  H.E. Mr. Amr Aljowaily, Ambassador of Egypt, Mr. Ivan Mrkić, President of Conflux, and H.E. Mr. Mohammed Amine Belhaj, Ambassador of Morocco and President  of the Group of the Francophone Ambassadors in Belgrade, introductory observations were made by H.E. Mr. Aleksandar Tasić, acting head of the multilateral section of the Serbian Ministry of Foreign Affairs, and H.E. Ms. Simona Miculescu, head of the UN office in Belgrade.

A discussion and the presentation of case studies ensued given by the following panelists: