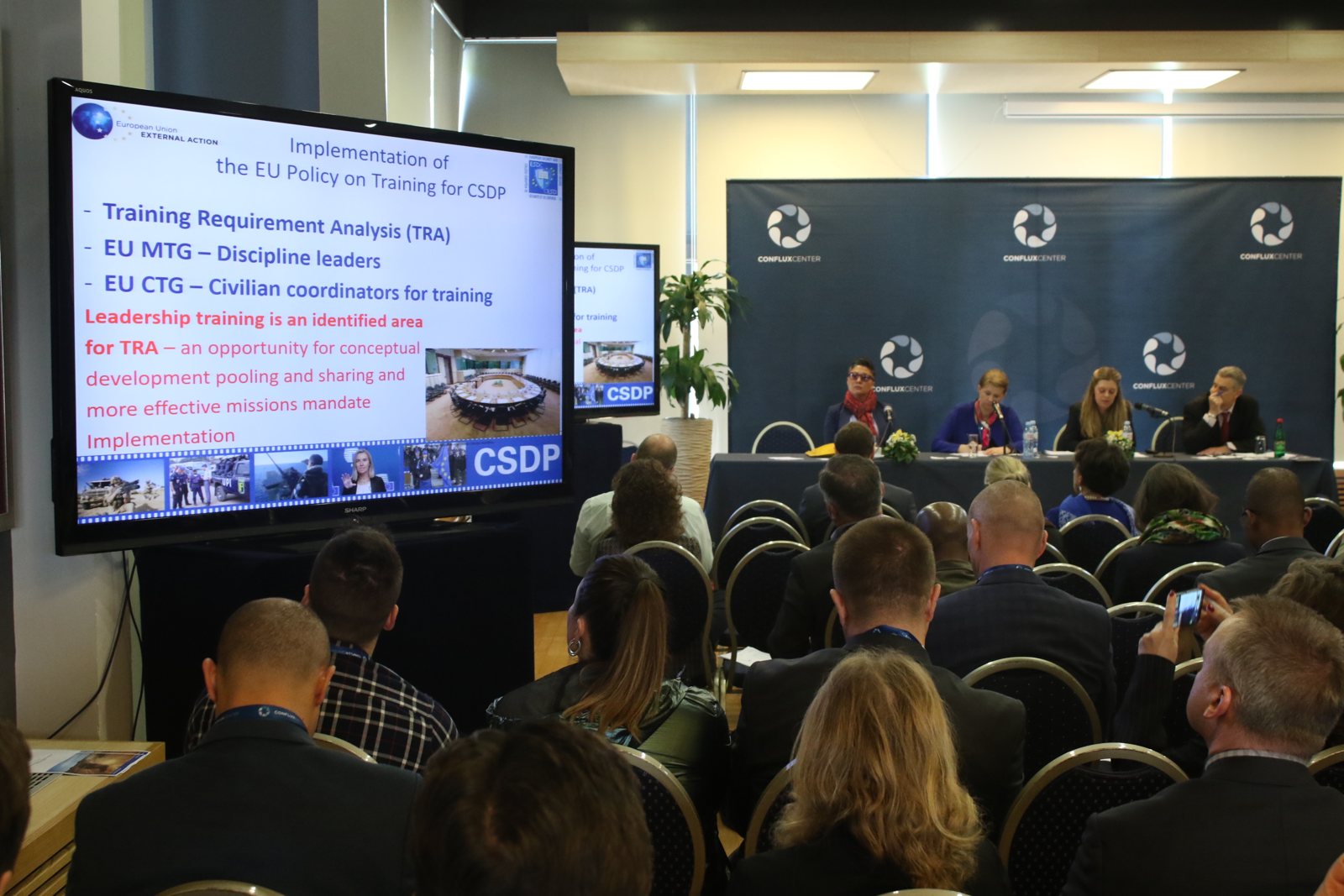 “A peacekeeping operation is not an army, or a counter-terrorist force, or a humanitarian agency. It is a tool to create the space for a nationally-owned political solution.”

The 7th annual meeting of the European Association of Peace Operations Training Centres (EAPTC), hosted by Conflux Center for Intercultural Dialogue and Mediation, took place in Belgrade from the 16th – 18th of April, 2019.

The meeting came at a time of unprecedented challenges for peacekeepers, as well as dynamic initiatives to strengthen the performance and facilitate concrete positive results.

Peacekeepers face complex conflicts, characterized by multiple adversaries, absence of viable political processes, transnational terrorism and organized crime. They are increasingly deployed in complicated and violent operating environments, and confronted by asymmetric and unconventional threats. This does not only have repercussions on the security and safety of the peacekeepers, but also on their ability to operate effectively and to implement their mandate.

A number of initiatives, such as the UN Secretary-General “Action for Peacekeeping”, the reform of the UN Peace and Security Pillar, as well as regional initiatives, have been launched in order to address these challenges.

The focus of these initiatives is to address primary issues such as:

The seventh annual EAPTC meeting focused on several of these topics to act as a platform for discussions on how training development can follow the ever-changing demands in peace operations and help overcome the gap between aspiration and reality. The primary objective was the alignment of training to the operational needs and new realities in the field to make peacekeeping more effective and safer, with well-equipped and well-trained forces.