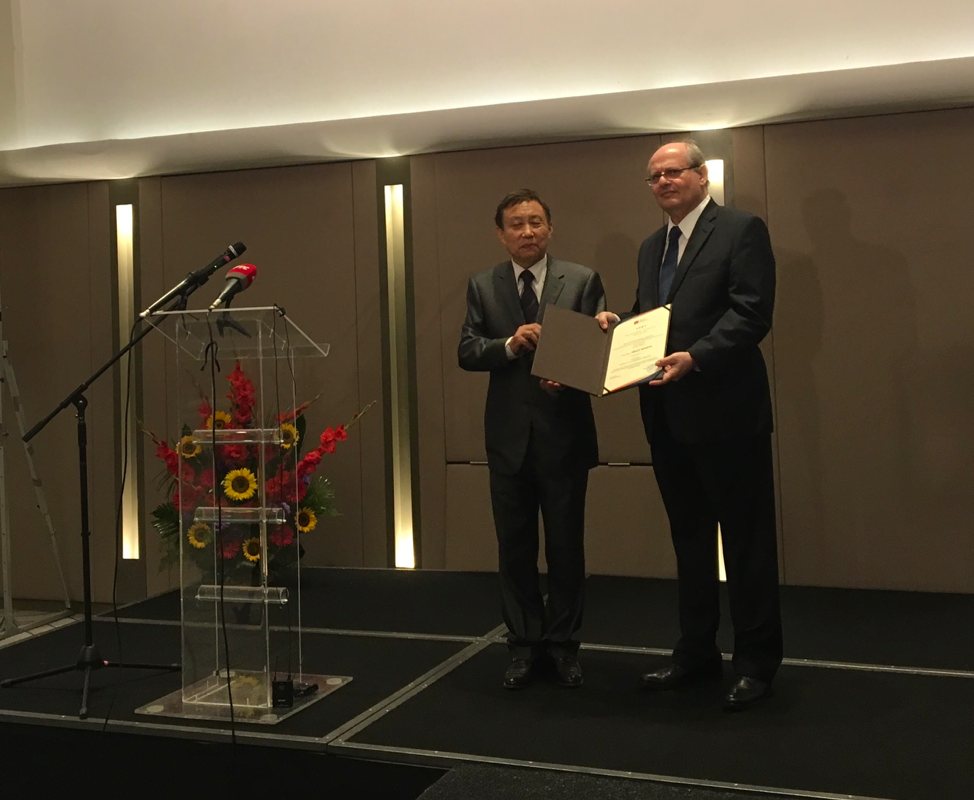 The Sino-Serbian Business Association has awarded the President of Conflux, Former Minister of Foreign Affairs of Serbia, Ivan Mrkić, the Golden Plaque and has named him as its prime Advisor on the occasion of the ceremonial establishment of the Association on 24 July 2018. The Association’s President, Mr. Xu Li, has presented Mr. Mrkić with the honor as a sign of recognition of his lengthy contribution to the development of the traditional friendship and relationship between the People’s Republic of China and the Republic of Serbia.