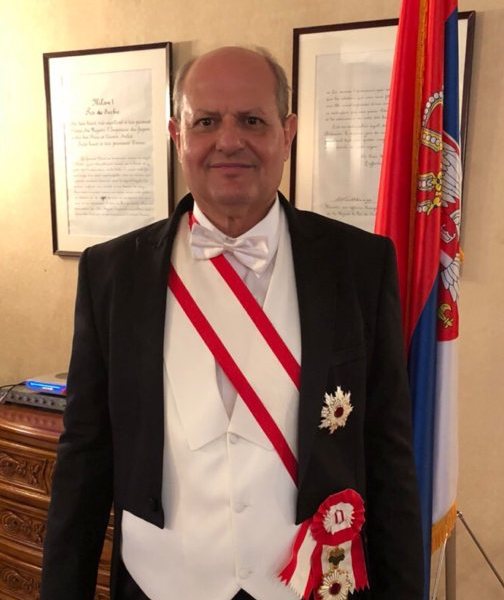 The President of Conflux Center, Former Minister of Foreign Affairs of Serbia, Ambassador Ivan Mrkić, has been awarded by the Emperor of Japan Akihito the Grand Cordon of the Order of the Rising Sun for contributing to the strengthening of bilateral relations and promoting friendship between Japan and Serbia on 8 May 2018. Amongst other reasons, Japan has decorated Mr. Mrkić for his refusal to leave Japan upon the catastrophic events that took place known as the Fukushima Daiichi nuclear disaster on 11 March 2011, as well as for his endeavor to emphasize the considerable history of bilateral relations between Serbia and Japan though writing a comprehensive and unique book entitled “A Brief Guide Through The History of Serb-Japanese Relations”. Mr. Mrkić is the only Serb to have ever received this distinguished decoration.