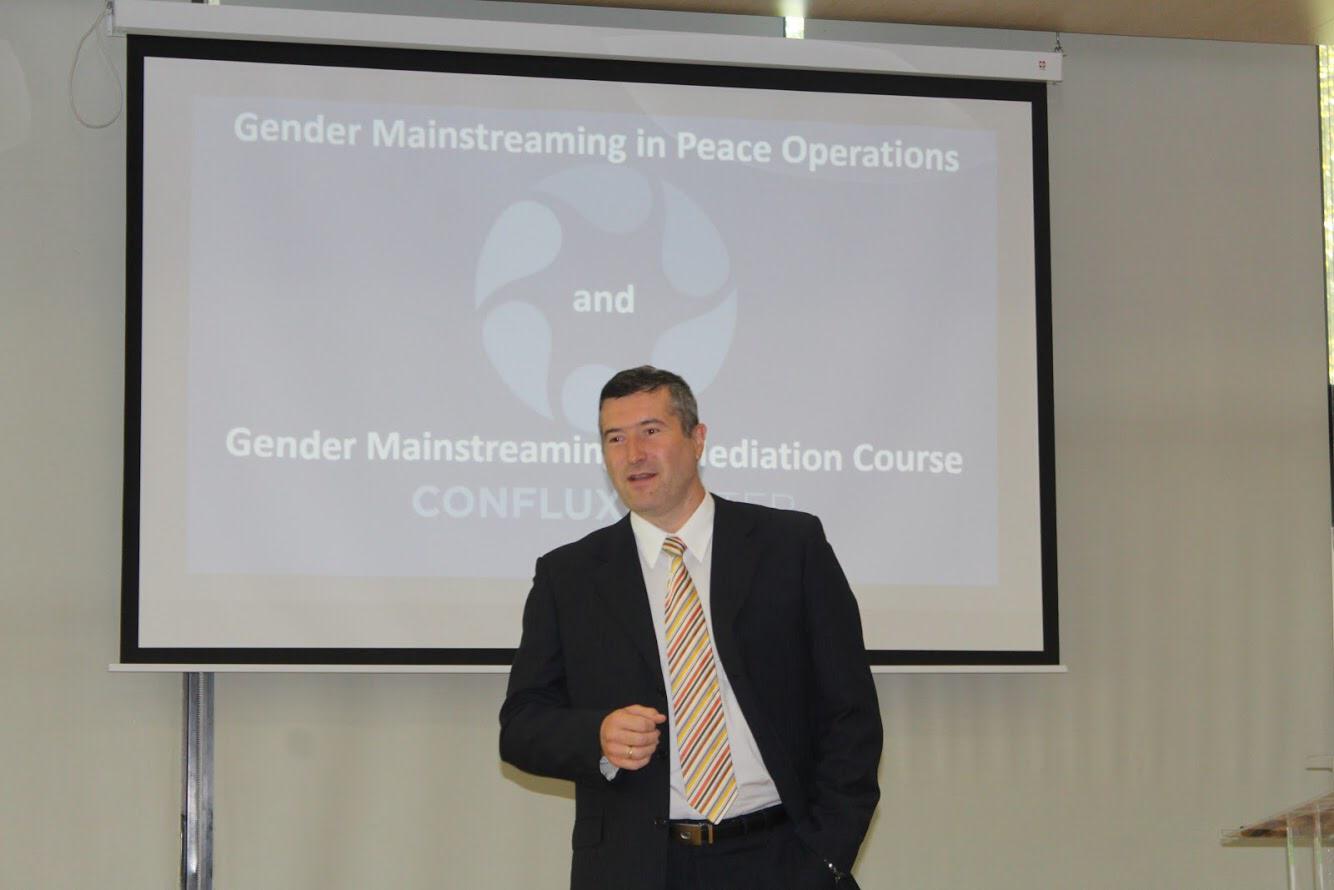 Goran Topalovic, Conflux Center’s President and Director of Operations, recently published work on gender mainstreaming in UN peace operations is an overview of gender mainstreaming in military components of the UN POs . Main hypothesis is if more attention is given to gender perspective and gender mainstreaming in POs that could vastly contribute to operational efficiency in the field, to better protection of human (women’s) rights, to the higher level safety of the troops in the field and local population, and the most important, peace could be built on solid basis and victimization could be avoided up to maximum possible extent. Main identified gap is lack of appropriate training and education in this regard. Analyses of recent developments in POs, UNSCR 1325, gender policy in military components and historical aspects of gender roles in Western society, are considered through feminist approach to international law perspective which was introduced by Christin Chinkin in 1991