Emilija Marić was born in Belgrade, Serbia in 1997. Currently, she is finishing the fourth year of her undergraduate studies at the Faculty of Media and Communications in Belgrade. Emilija is pursuing two degrees, one in Political Science, and the other in Communications and Public Relations. Also, she has spent one year at the American College of Thessaloniki, as an exchange student. Apart from being an exchange student in Greece, she has also taken part in a high school exchange program and graduated high school in Virginia, USA.

Emilija has been part of Conflux Center since 2018. 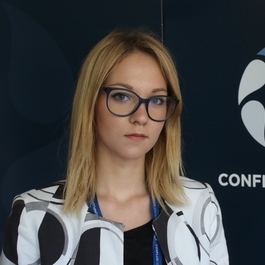