Director and Founder of Conflicts Forum based in Beirut. He was formerly advisor on Middle East issues to Javier Solana, the EU Foreign Policy Chief. He also was a staff member of Senator George Mitchell’s Fact Finding Committee that inquired into the causes of the Intifada (2000-2001) and was adviser to the International Quartet. He facilitated various ceasefires in the Occupied Territories and the withdrawal of occupying forces on 2 occasions. Alastair has had 20 years’ experience working with Islamist movements, and has extensive experience working with movements such as Hamas, Hezbollah and other Islamist movements in Afghanistan, Pakistan and the Middle East. He is a member of the UN’s Alliance of Civilization’s Global Experts. His book, Resistance: The Essence of the Islamist Revolution was published in February 2009 and he is a frequent contributor in the international press, both writing articles and TV and radio commentary. 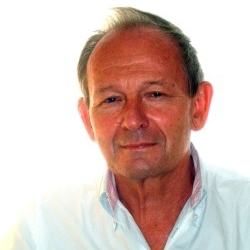